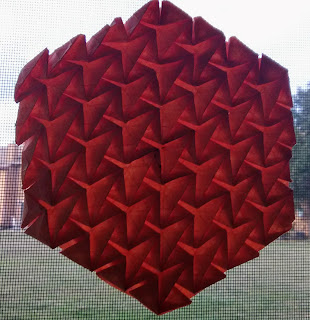 I'm a fan of happyfolding.com. She has great instructional videos for all levels of origami. It's there that I discovered the intricate origami of Alessandro Beber.

I purchased his ebook to learn more. This is just the background, or foundation, to his designs, but I think it's a great tessellation in its own right.

On one side it's a series of tightly overlapping triangles. On the other a neat array of the inverse.

When it's back lit it looks three dimensional, thought it's a flat fold at this point. 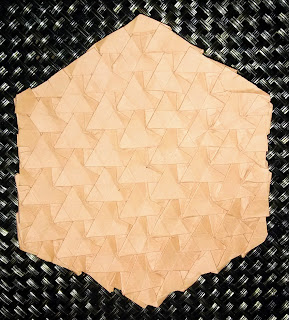 It's a little daunting  to think this is just the starting point. I'll have to press onward with the further steps at some point in the future. For now, I'm happy with this result. 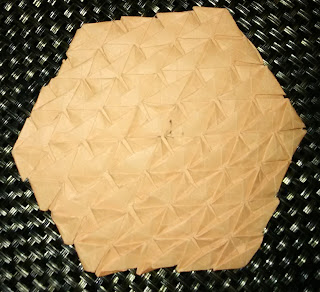