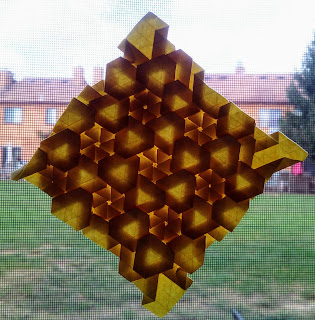 It's time for a new origami tessellation. This one is simple in theory, but slightly harder to in execution.

Hex twists on the rear with blunted triangle shapes on the front.

A true tessellation. The triangular shapes off the center module directly form those that surround the subsequent hexes.

Simple to conceive. A little more difficult to fold. But nothing too impossible.

Front is first pic. Back is next.

No real need for a crease pattern. The design is self explanatory. 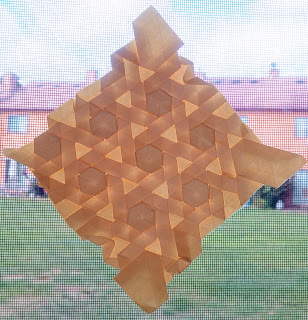