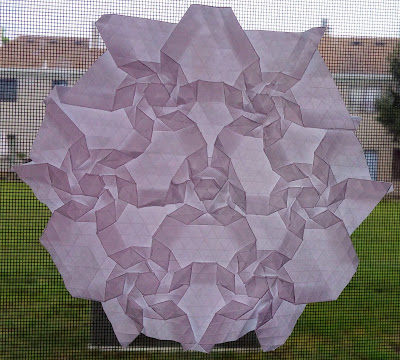 Rhombuses around hexagons are a pretty standard tessellation technique. Usually the rhombuses and the hexes reside on opposite sides of the paper.

I wanted to see how it might work out if both shared the front of the paper. I also wanted to be able to have multiple full repetitions of the modules.

I started out by doing the center the same way the outer copies look in the photo, but as I worked my way outward it wasn't possible to have all the copies flow properly while keeping the center situated that way.

So I switched to having all the rhombuses of each outer module flow in a single direction and used the center as a means to balance them and flatten everything neatly. . 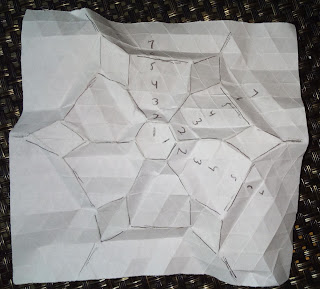 I think it came out quite nice.