- July 30, 2019
This is another tessellation by Arseniy K as found on flickr. Mapped it out. Refolded it. His style intrigues me. It flows really nicely even though it tends to be packed in on itself. 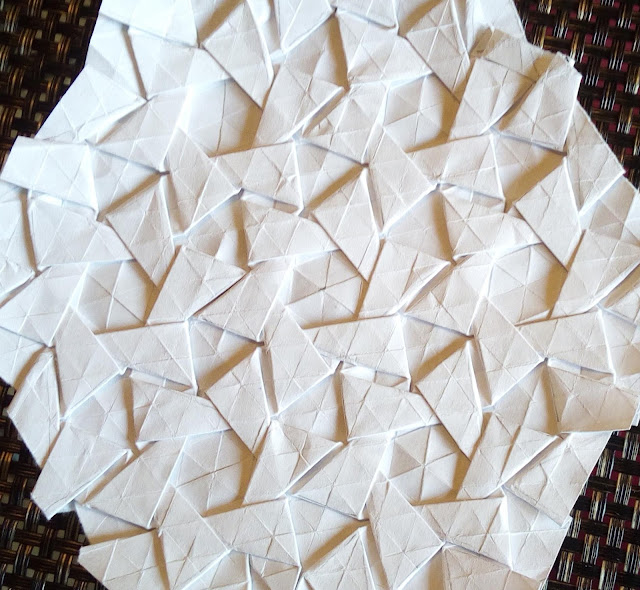 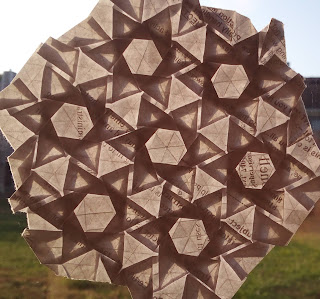 I found this pretty easy to figure out the pattern, but very tedious to actually fold.

I spent a good deal of time working everything into its proper place.

I've been accused of being obsessive when it comes to origami. I don't dispute it.

In my opinion, the design looks best unlit, as seen in the first photo, but the backlit version is interesting. As seen in the second picture. 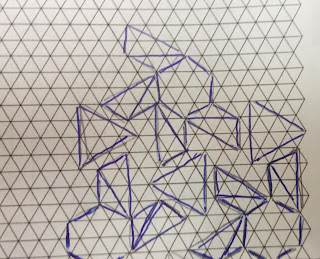 I think the backlit version detracts from the complexity of the overall structure.

Below I've included my sketch that I used to figure and fold the design.

Use it at your own risk.

Once you begin, it will become hard to stop and it will be quite difficult to complete.