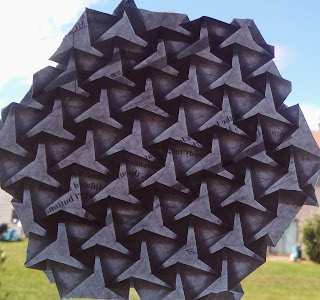 This origami tessellation just sort of worked itself out more than I did. I was playing around with pyramid shapes and somehow landed on this.

I was just drawing a lot of triangles on the gird and this pattern  naturally coalesced.

It's a pretty easy fold. Nothing daunting. There is a lot of pre-creasing. That makes it easier to get everything into its proper place.

The end result is pretty cool. .

Bigger triangles on one side. Small ones on the other. The bigger triangles are not two pleats wide. They are that wonky size in between the bigger and the smaller. It's a pretty typical triangle twist in flagstones. It's easier to see in the unlit version below.

These crease pattern is just start with a small twist at center and then the bigger twists and the small twists alternating off of each other. It's simple, but it's intricate. 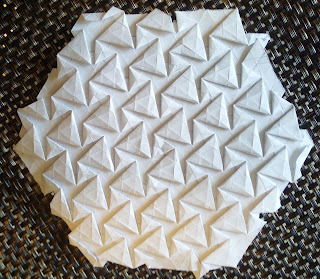 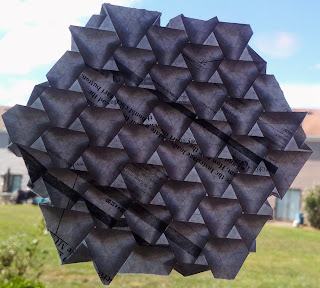 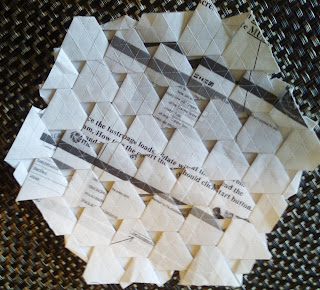