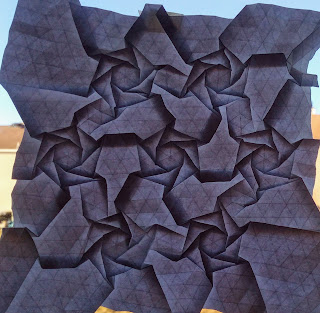 A lot of origami tessellations employ equilateral triangles in their design. In some they are the focal point. In others they help to bridge the gap between other shapes.

This tessellation uses right triangles instead.

It starts off typically with a central small hexagon. Instead of a classic hex twist, it uses an offset twist. This is how the triangles are formed.

An offset hex twist is simply folding a small hex twist as you would an open back hexagonal twist. Instead of using the natural axes of the grid, you bisect them.

Whichever direction the central hex goes, the next repetition goes opposite. If your grid were big enough to allow for more repetitions I imagine you would need to keep alternating. 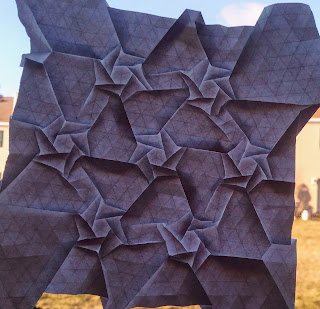 I used the mountain and valley folds at the ends of the triangles to determine which way the second generation would flow.

There are some additional offset folds to make everything play nicely together. But nothing very complicated.

All in all, it was not a difficult fold.

I've included below a very basic crease pattern for a single module. 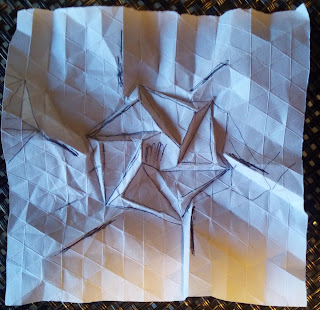