Dance of the Triangles Origami Tessellation 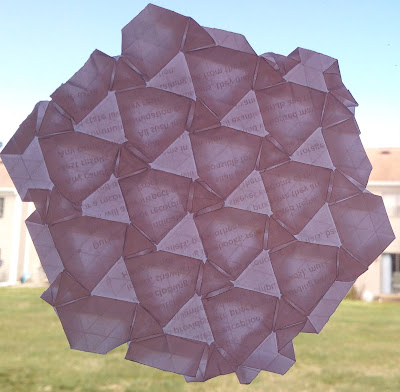 I'm not entirely sure if the method employed in this origami tessellation is considered a form of flagstoning.

Although it's folded somewhat differently, it has a similar feel and end result.

I've folded this odd triangular shape before in recreating other people's tesses.

I just wanted to keep it simple and see if I could get a really clean, tight pattern.

So it's just the little triangles and the bigger odd ones repeating.

The odd shape triangles are made by alternating between two grid pleats, one offset until it becomes a closed shape.

Pyramids on the rear create the negative shape triangles on the front. .

In this particular technique the little triangles are not twists. Picture the triangle inside of a hexagon. Then you invert the edges that make it a hexagon, leaving a triangle on top. The same is done to the edges of the other shape which are offset from the grid. 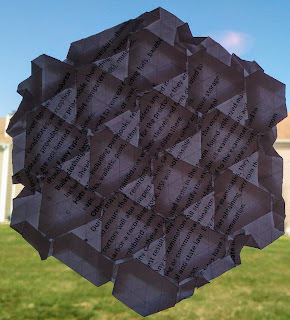 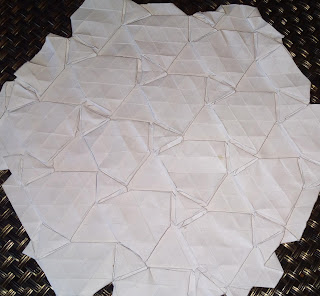 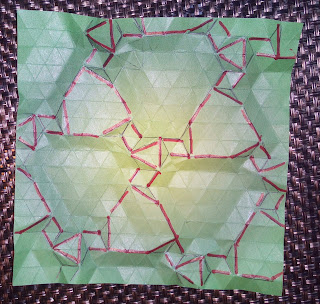