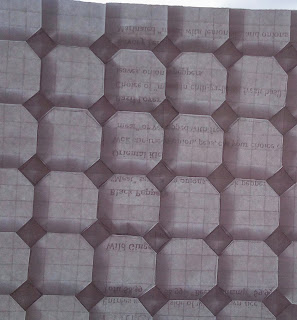 Here's a new tessellation. It feels similar, yet different to others I've encountered.

It's a square grid tessellation using a 32 division grid.

Between the two of them, my love of the art was permanently cemented in my psyche.

This is much less complex than either, but still a wonderful exercise in the art of geometric paper folding.