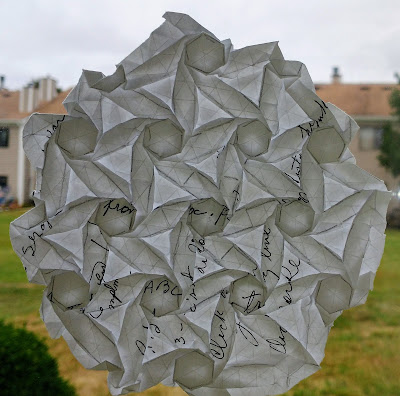 I've done a bunch of tesses lately, but getting nice photos has been difficult. Either it's too late or it's cloudy or there's no time at all.

This one is a riff on a tessellation in Eric Gjerde's famous origami book. That one is hex twists with open back triangle twists off of it.

In my variation I decided to see how it would look if the hexes and triangles were on opposite sides of the paper.

There was a lot of precreasing involved. Those triangular veins needed help folding. And it's a somewhat unnatural flat fold

But, not too crazy difficult and a pretty cool result. 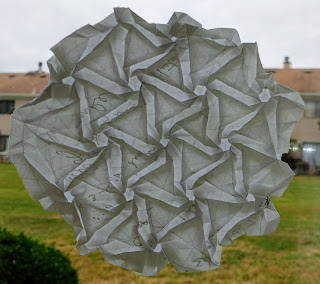