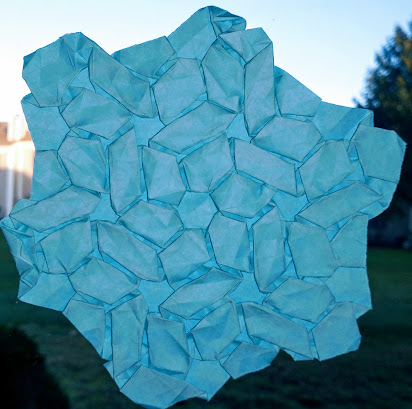 I found an image of a really interesting tessellation using google. It was a pretty complex flagstone with many different elements.

The center was the same as is shown here. But then they went with rhombus flowers surrounding it.

I started out intending to replicate, but part way through decided to do a simpler variation.

It has some unusual petal shapes off the center open back hex. Then there are elongated rhombuses, which I've not encountered before. But as I was mapping out the repetitions, they showed up in the grid.

I didn't do a great job folding it and it doesn't really back light all that nicely.

Even when your folding is a little sloppy, back light usually hides it. But in this case, not so much.

It's an interesting pattern though. And I do have a crease pattern for it. 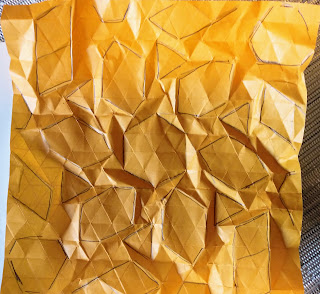 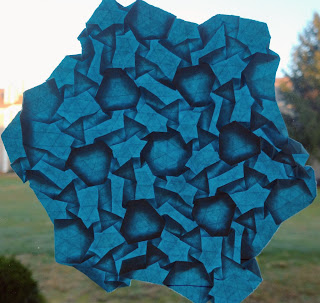