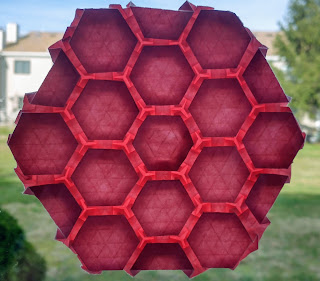 I first saw Ryan's Tessellation by Christiane Bettens at the back of Eric Gjerde's Awe Inspiring Tessellations book. That was years ago.


I found a tutorial for folding it on flickr and was able to recreate it quite nicely. 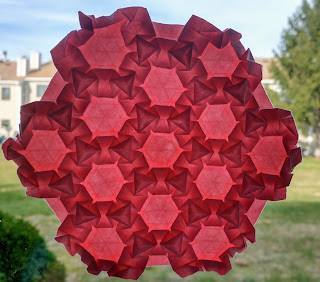 I didn't have this blog at the time. I was still very new to origami tessellations. So I never documented the process.

I only took one pic that just sits in my google photos unused.


It's a circular series of triangles and rectangles around large hexes on the reverse side. The triangle points push under where they meet with the long edges of the rectangles. 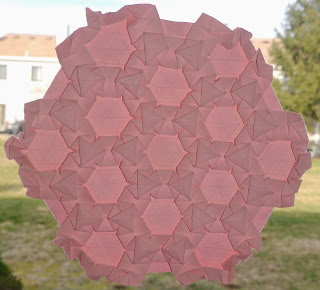 Skip ahead about 5 years. I decide to fold it again. This time instead of an iso-area fold, I go, as I'm prone (compelled) to do, all the way to the edges.


I take several nice pics of both the front and the rear lit and unlit.

I neglected the back the first time around. It's just as interesting as the front really.

That first pic is actually the rear side back lit. I think that's my favorite.

Next is obviously the front back lit.

I also have front and back unlit.

Plus, I drew a really simple and easy to understand crease pattern for those who are interested. 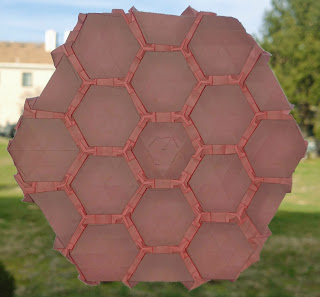 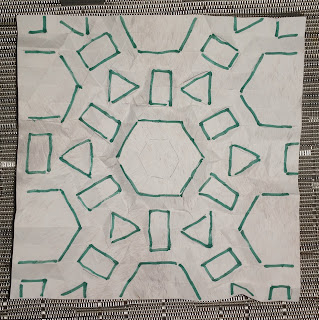