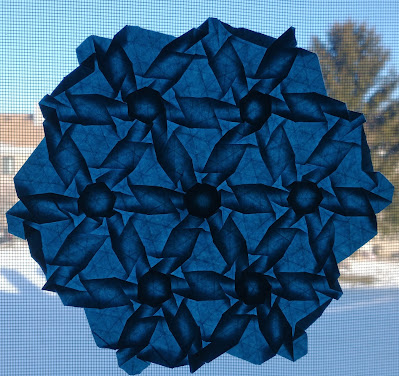 This is a reverse engineer of Joel Cooper's Sunflower Tessellation that I found in his flickr albums. It's old. 2006 old. But it was new to me.

Not super complicated to figure, unlike the stuff he does nowadays.

It's a slightly unusual approach to rhombus and hex twists.

As far as the actual execution is concerned, it was of intermediate difficulty. Neither easy nor crazy difficult.

It does backlight very nicely, which is always a pleasant surprise.

Joel doesn't tend to upload crease patterns for his folds, but I did save mine. So if you're looking to just fold it without figuring it, you can do that.

I just used slightly better than average printer paper. Nothing fancy. It was quite adequate. 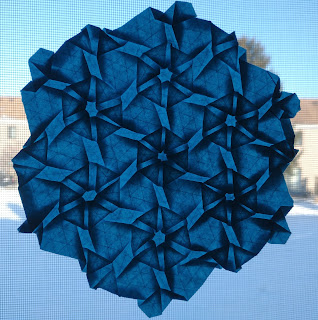 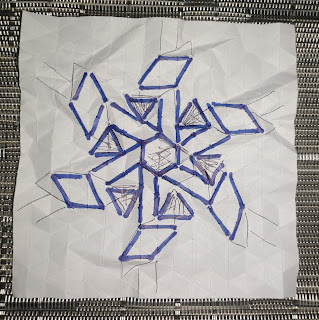