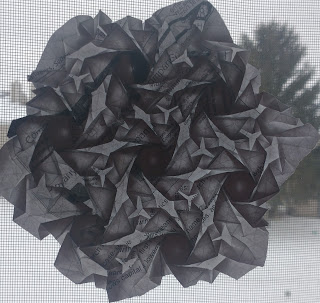 I saw someone's tessellation somewhere on the internet. Don't remember to whom it belonged. Went looking for it, but did not find it again.

Had previously downloaded the photo and decided to try to replicate it. Once I zoomed in on the pic it became mostly obvious how it was constructed.

Their fold was much neater than mine. My paper simply wasn't up to the task. But I was able to complete the tessellation. It's just a little janky, but still legit.

I actually like the backside a little better than the front. Which is why I made that the first photo.

A unique and interesting flagstone for sure. 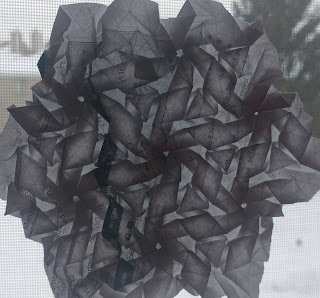