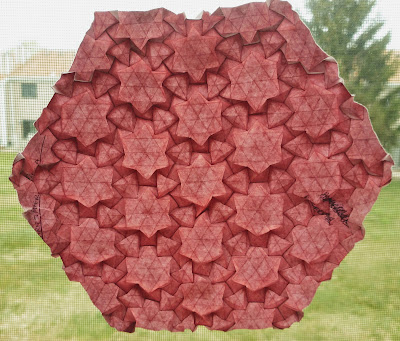 I've been struggling to find a new flat fold design, but I did land on a three dimensional fold that I really like.

Three dimensional tessellations aren't my usual modus operandi, but I do occasionally fold them. This is one such instance.

The idea is simple. Open back hexagons are surrounded by triangles.

Normally they'd be situated in a twist or flagstone style that allows for flat folding. In this case they kind of bang into each other creating a pretty interesting end result.

No crease pattern is really needed. It's just open back hexagons and the triangles point at the flat edges. Repeat as often as the grid allows.

Both the hexagons and the triangles face up to the front of the paper. On the back side the triangles have little 'flaps' almost folding over on each edge that can't quite be flattened. 'Bridges form between the triangles' shared edges.

It's a pretty easy fold. Finished model looks like it was way more difficult than it was. . 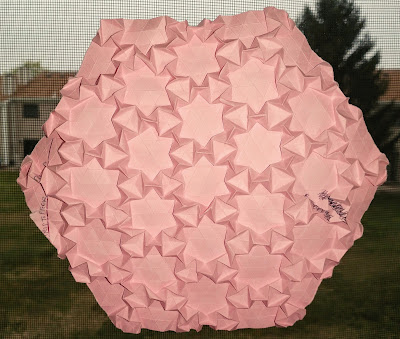 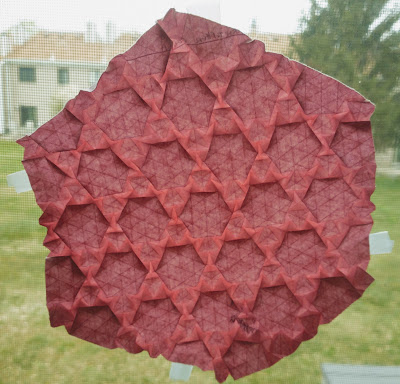 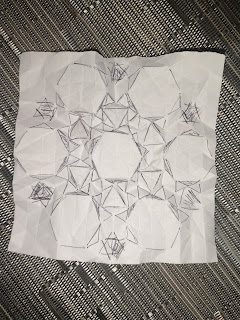