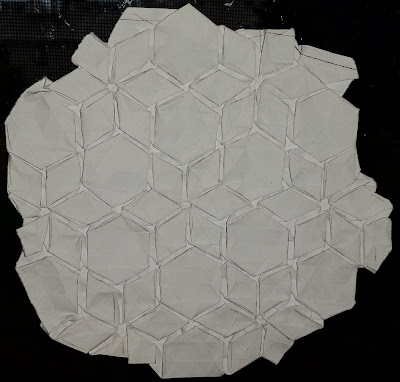 This is a Joel Cooper flagstone tessellation that I'd seen before, but for some reason, I had not really paid much attention to it.

It's his rhombus stars and open back hexes repeating.

Fairly straight forward design once you're familiar with the structure of flagstone tessellations. 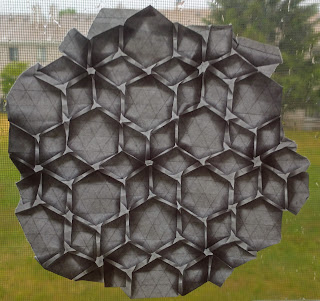 He doesn't pre-crease beyond the standard grid. Which boggles my mind. My paper just doesn't behave that way.

He also folds it in stages. One shape at a time. My paper doesn't do that either.

I always have to ease everything into place as a whole.

End result, pretty much the same.

It was easy enough to map it out on a triangle grid and follow the crease pattern.


I used slightly better than crappy paper and it was a pretty fuss free fold.

Crease pattern is included below for those that want it. 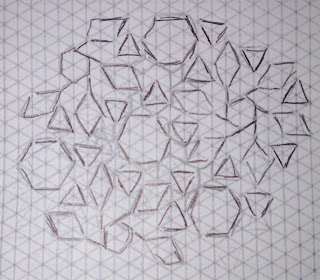