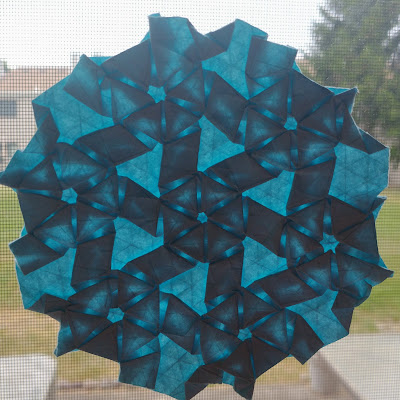 In further exploring what shapes and configurations might work in an origami tessellation with a central six triangle twist core, I arrived at this result.

It's not a terribly elegant or clean tessellation. Although on paper and in theory it works, it's a bit fussy and messy to fold.

The first time I tried to do it I used flimsy paper and while I was able to complete it, it was sloppy and poorly constructed.

I tried again, with slightly better paper. It did work out nicer (as shown) but still not entirely as I had envisioned.

Really sturdy paper, I avoided, since I figured it would never allow all the overlapping and too close together folds required. But perhaps, patience and sturdy paper are actually what this tessellation requires. But I'm not up for fold it a third time to find out.

Crease pattern is at the bottom. 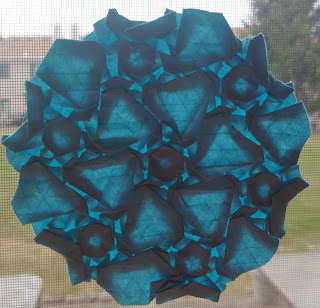 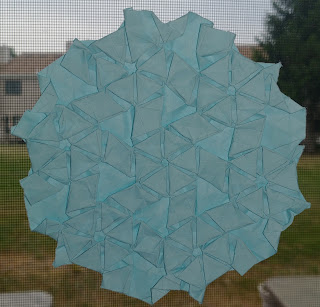 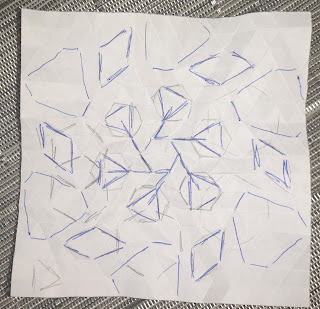