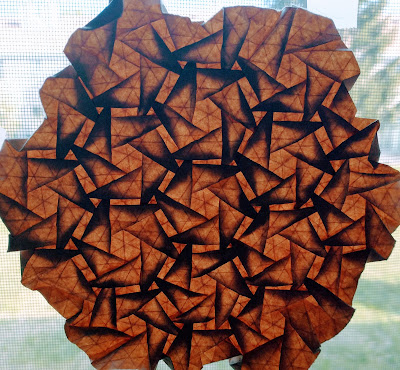 I was going through some crease patterns that I'd saved from the internet many moons ago. I came across a few that seemed interesting. Little did I know how diabolical this one would turn out to be. Truly diabolical

I used good paper or else it would've been a complete loss.

Even the good paper took quite a beating in the process.

There were multiple times when I thought it simply was a theoretically accurate tessellation that wasn't actually foldable in real life.

However, I saw glimmers of it being possible as I stubbornly persisted in coaxing and cajoling the increasingly mangled paper into the shapes I desired. 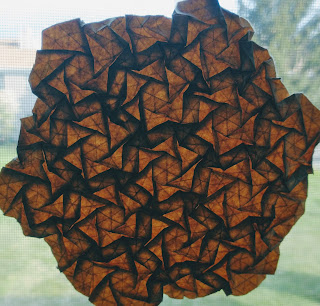 Several hours later, it did bend to my will. I was stunned to have finally succeeded.

I don't remember where I found it. I don't know to whom it belongs. It was just sitting ide in my google photos when I rediscovered it. I almost wish I hadn't. But I'm glad I did.

I cannot stress this enough. A truly diabolical fold. Next to impossible. Kudos to whomever came up with it. You're an evil genius. 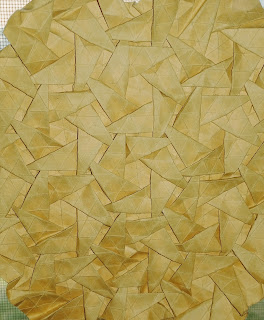 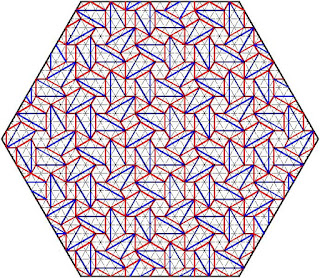