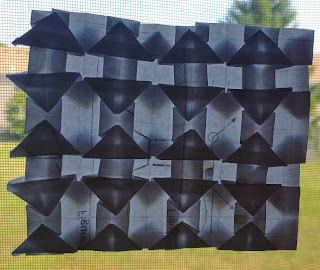 My previous square grid triangles tessellation gave me an idea for another.

It's not that different. It seemed way cooler in my head.

I wanted them pointing at each other as well as going in opposite directions. Same basic principles. Just reverse a few things.

I thought about leaving no gap between the flat sides and decided against it.

But maybe that would've been more interesting.

Honestly, I didn't want to do all the extra folding that would've been involved. 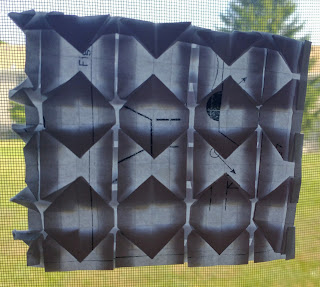