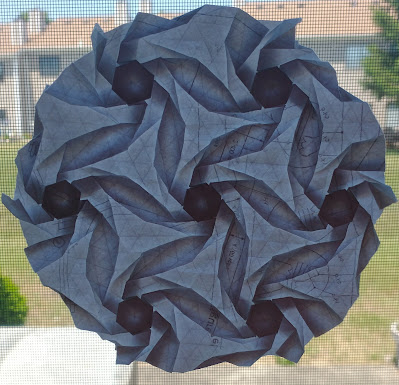 So I came upon an interesting tessellation someone had created and I went about reverse engineering it.

I thought from the single module I had come up with that I had it all figured, but I missed a few details which later revealed themselves as I went ahead and folded the larger incarnation.

Upon realizing, I returned to the original photo and figured out the steps I'd missed.

A fold for another day.

My 'mistake' actually resulted in a pretty nice finished design. Pictured here first front, then back. 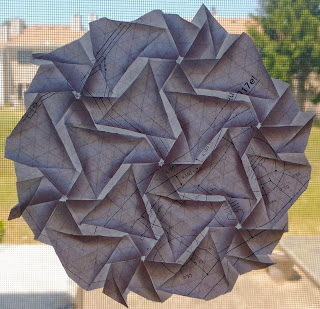 Very large triangles form on the reverse side. They bisect three of the grid's tiny rhombuses.

It's an uncomplicated and relaxing fold.

For what it's worth, those seem to be the sort that yield the most brilliant photos. 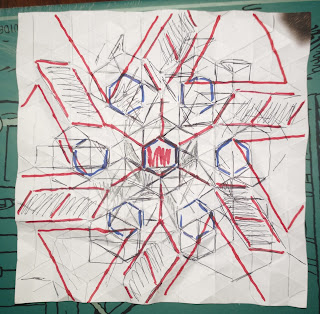 I have a very messy crease pattern photo. There are other ideas in the background, but the red lines still adequately illustrate the design.