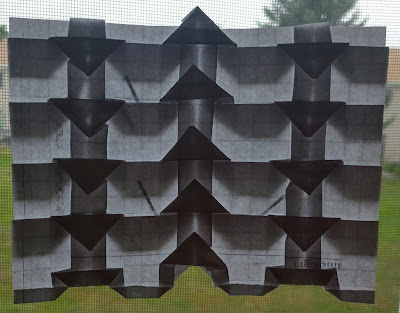 Decided to do some square grid tessellation work. Just to keep up my understanding of it.

Thought triangles might be interesting. I've casually wanted to do something with triangles on the square grid for a while now.

Used what I learned from this tessellation as a jumping off point since the triangles are really just half diamonds and the flat side is the same as a single side of a square.

It came together rather uneventfully.

It needs a lot of small diagonal folds in both directions. A little bit tedious in the prep work. 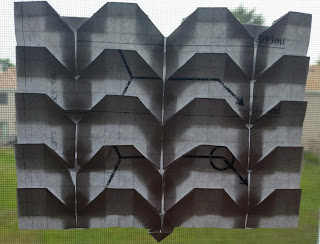 The actual collapse is pretty simple. However, it does overlap some on the backside. As you get closer to finishing the collapse you'll need to tuck certain folds under others. The specifics  will become apparent as you approach completion. 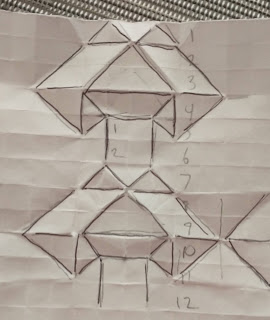