It's All About Perspective 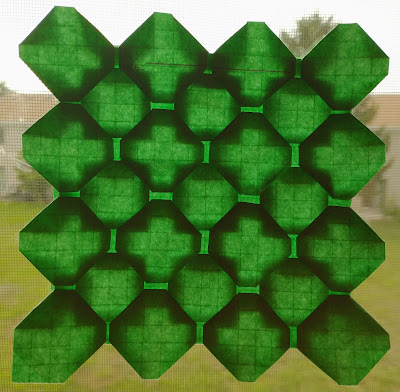 There's a funny story behind this tessellation.

Years ago I took some photos of the crease patterns in Eric Gjerde's Awe-Inspiring Tessellations book.

I saved them to a private (not publically accessible) google photos album and there they sat for years gathering virtual dust.

But when I found myself with origami  writer's block I decided to revisit them.

Except, I didn't include any pictures of what the finished model should look like or any titles which might hint at it.

So when I went to fold the crease pattern that resulted in this, I had no idea it was actually supposed to become his "Five and Four".

I quickly sketched the main lines onto my paper and paid no attention to valley and mountain folds.

When I set about collapsing, I just chose different shapes to be dominant and wound up with what you see here.

So same exact lines and creases just folded in a slightly different way and you wind up with something  else entirely. Kind of neat when you think about it.

What happens on the reverse side is almost cooler than the front. 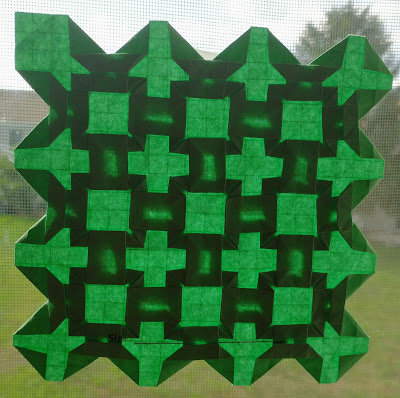