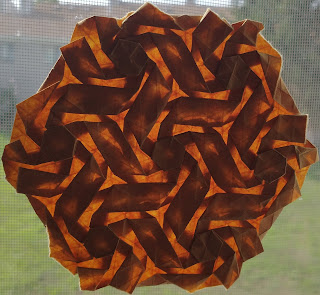 So I found this tessellation on some site where they were trying to sell it. It had a pretty steep price tag, so I just figured it was a complicated design.

I messed around with various possible ways it might be constructed and didn't crack it.

Decided I was overthinking it and abandoned it.

A couple weeks later, I wasn't thinking about it at all, but suddenly realized how to do it. It was much simpler than I had originally thought.

It felt good to hit upon the solution, even if it was a pretty basic one. 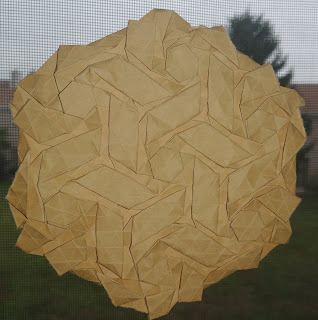 I had wasted a lot of time thinking it was some mysterious trickery of folds, when all along it was actually incredibly basic.  Go figure.

To its credit, it doesn't photograph as basic. It really provides a fetching image.

When I finally came up with the crease pattern, I just did a big face palm at how I'd completely overlooked the obvious answer.

It was fairly easy to fold. I used kraft paper.

It gets a little tricky at times because everything is codependent on each other.  So you're working the center and it's almost set, but the edges all have to kind of fall into place together. But nothing very difficult. 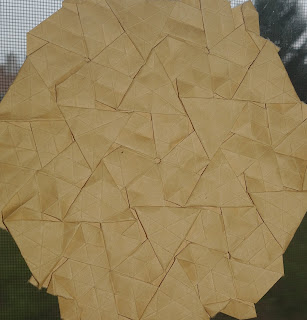 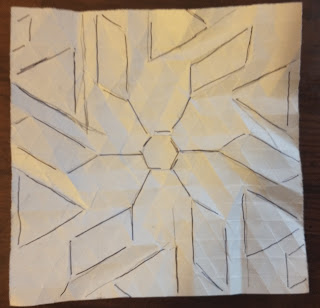