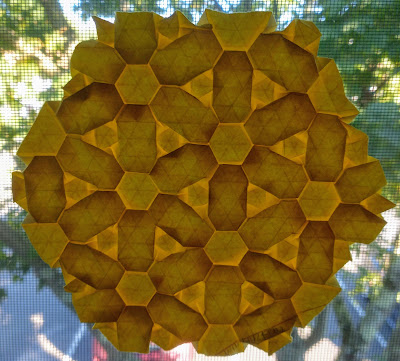 So I stumbled upon this shape I'd not seen before. I'm pretty confident all the shapes have long since been found,  but it was inspiring to find something I'd not personally encountered elsewhere.

I found it while searching for a new shape that would be compatible with triangles that are folded in on themselves.

The photo doesn't really capture the triangles well, but you can sort of see them there in the negative spaces like faded ghosts. They're much more visible in the back side photo that's next.

This idea/fold set me off on another tessellation. A similar assortment of shapes that instead fold flat. That'll be my next post. 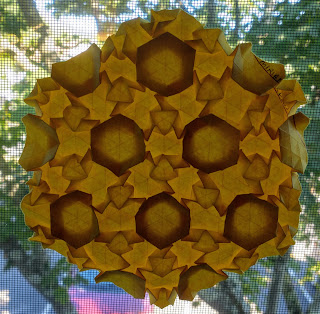 I do have a crease pattern. For those that want it. 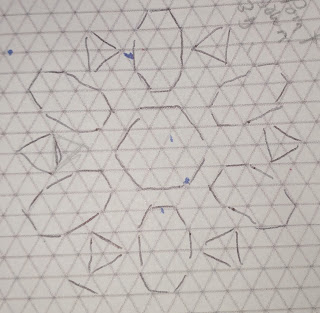