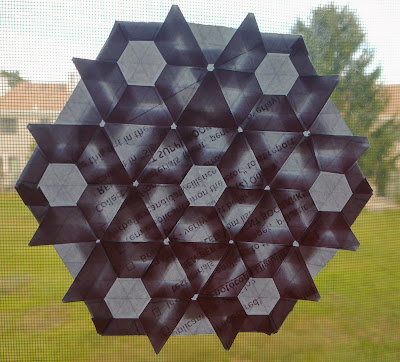 I had come up with the crease pattern for a really cool tessellation that I'd saved to my google photos. It's quite intricate. The figuring part was actually easier than I expected.

The folding part was a little more intense. I got to a point where I just had to take a step back. It was partially coalescing, but not quite.

It has a lot of fiddly little folds that need to happen for it to work. And I was just kind of over it.

I was glad to have figured it out from the picture of the model, but not really sure if I could actually fold it with the size of paper I was using. 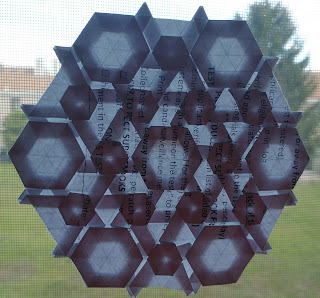 It was set aside for another day. Though, it still felt like a win, since I did have the mechanics all worked out on paper.


Moving on, taking a break from the hard stuff, I came up with something simpler just off the top of my head. An easy one was a welcome distraction.

It's pretty basic, but an interesting pattern still.

I forgot to take a pic of the crease pattern. Will upload it at a later date. 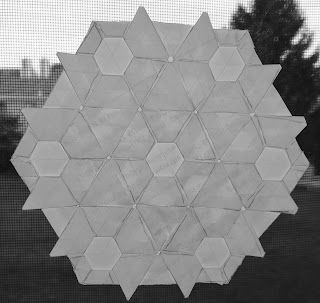