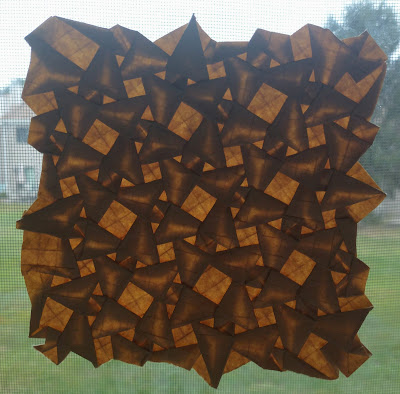 I've fallen out of practice with square grid tessellations. Used to do them all the time not too many years ago. The clover tess. The high density clover tessellation. Hydrangea. High density hydrangea. Recursive stuff. And many more.

But when I started to get into triangle grid flagstone folds I became pretty obsessed. So other types became somewhat neglected.

I found the crease pattern for this on Daniel Kwan's flickr page. I could tell to look at it that it would probably be intense. But in many ways that just made it all the more enticing to attempt.

I did a large 16 division grid trial fold at first, to try to better understand it. That turned out to be a good idea. 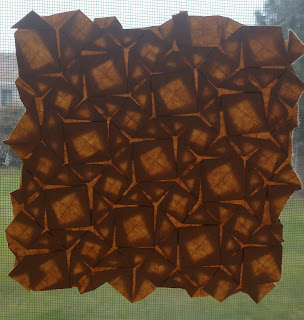 When I went to fold the 32 division version I already had a pretty good understanding of what should be happening on both the front and the back of the paper.
I used the sturdiest paper I had at my disposal, which was kraft paper.

I figured anything weaker would not survive the process.

It was still a huge pain in the ass to actually complete it.

However, 1 1/2 hours later, it was a success and I was quite pleased with myself. 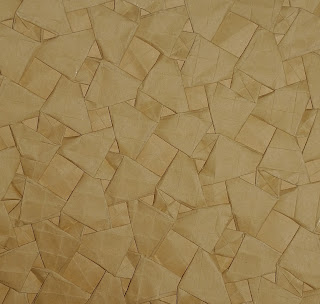