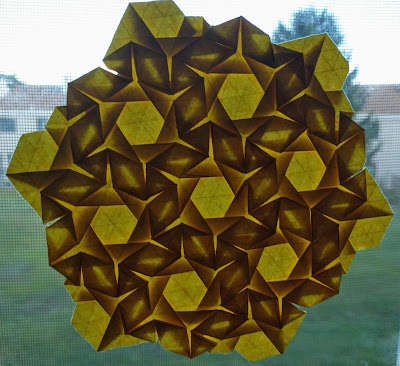 I've gotten into Instagram lately. So many origami tessellators are on there. It's a great place to find ideas and inspiration.

My latest fold is courtesy of that community. I saw someone else's fold of this and decided to see if I could figure it out.

@cmorigami had uploaded their reverse enginneer of a fold by @gatheringfolds.

A little tricky to determine, but nothing crazy.

A little tricky to fold as well, but again, nothing really frustrating.

I think I've done some similar designs in the past the used the same triad config of rhombuses rotating around a triangle. 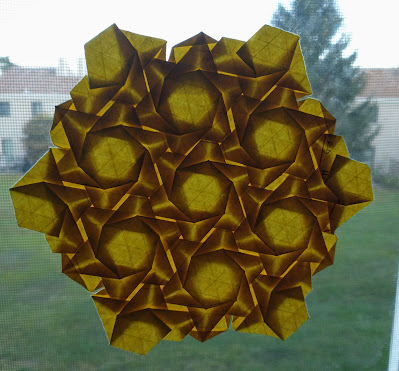 Apparently it falls under the sub-genre of rotated grids. This term was new to me.

It's a really interesting configuration. It doesn't seem to have a definitive creator. Apparently several people have come up with it on their own.

It was a fun design to map out  and execute.

Crease pattern is below. 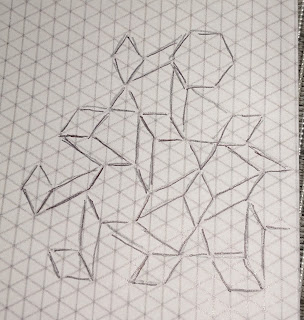