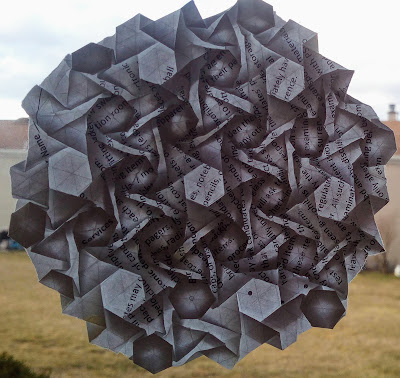 Combining open back hexagons with regular heagon twists has been something that I've wanted to do. This tessellation uses a lot of offset folds to achieve that.

It's just a bizarre crease pattern that was not easy to fold. The first time didn't work out. The second try did.

It backlights very nicely. There's a lot going on in there.

You can see the open back hexes dominating the front of the design. There are large triangles right off of those.

The regular hex twists land on the rear. As do some triangles which are natural to the grid. I didn't see those triangles at first. When I finally did, it all came together. 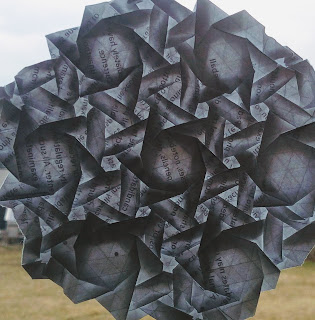 My first attempt was unsuccessful. The paper was a little weak for the task. I kept that for the crease pattern and tried again. Overall, the second attempt was pretty successful. I got frustrated with the edges. Those are always a pain when they result in partial folds. It's tough to get them to comply.

Still, I'm pleased with design. It's somewhat different than any others I've come across in my searches.

The rear backlit is first. I'ts more interesting in my opinion.

The front backlit is the second photo. 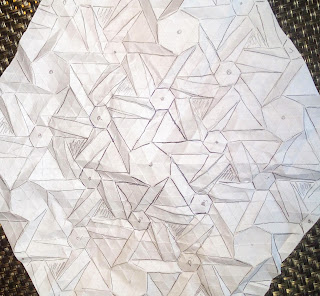 I saved the first attempt to upload as a crease pattern for those who are interested.