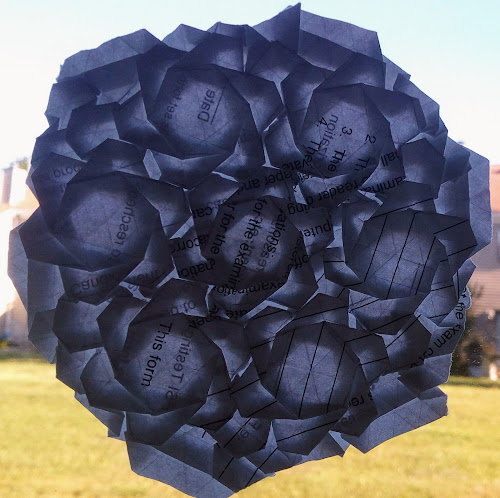 I fiddled with this one a lot. I had the single shape quickly and how to repeat it was pretty obvious. However, execution wa a bit tricky.

At the same time, it's a refuge of sorts. A way to shut off my thoughts and just concentrate on a singular, benign idea.

The pattern kinda feels familiar and different at the same time.

Whether or not someone else has folded/designed it, I don't know. Although, I seem to have cornered the market on very densely crowded tesses. 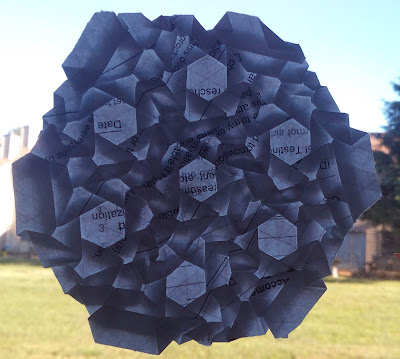