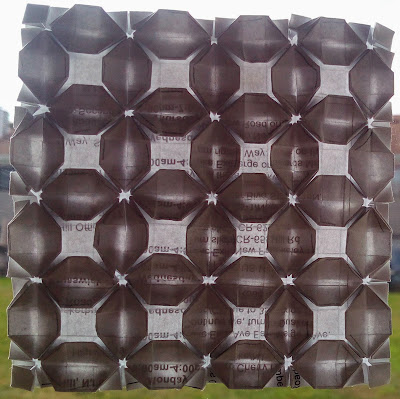 I was trying to come up with a new square grid tessellation. I thought that I had. Turns out that I just accidentally made a single level high density hydrangea tessellation.

It's been a while since I've worked with that genre of tess, so I thought it was slightly different. Turns out, not.

I've folded less dense versions to do a repeating hydrangea tess in the past.  I don't think I've posted that here on this blog. But I do have it in a box somewhere.

This time I went a little crazier and did the pattern denser still. But I stopped at the initial level stage. I really don't think that my paper would have permitted much more manipulation.

It was a pretty frustration free tessellation to execute. Came together a lot quicker than I thought it would. Very nice end result. 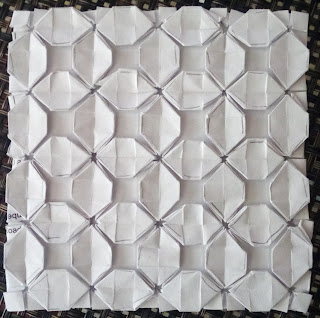