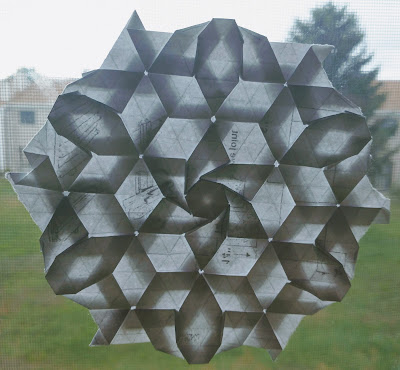 This is an odd variation on triangle twists around a small hexagon. I folded the triangles in on themselves. Folded them in half.

Once two such were done this created the point connecting them.

Tucked a hexagon backward off that point to be able to flatten it. I hate reverse rabbit ear folds. I avoid them whenever possible.

The whole affair is a bit of tight fit. They're not normal hexagon twists. Several of the axes have to bang into each other with one tucked below the other. Still, it does work without much fuss. 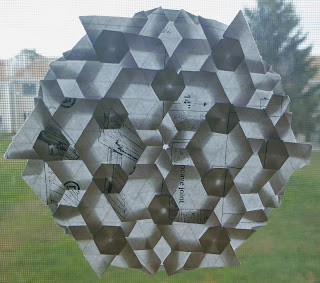 The paper got a bit curled up on itself during the thick of it, but nothing a careful eye can't handle.

I would've repeated the central design, but my grid was much to small for that. Only a single star point repeated.

So I just adjusted it to what I thought made a nice looking finished edge..

Rather less complicated than my usual fare. A nice change of pace.


I do have a crude crease pattern. It's included below. 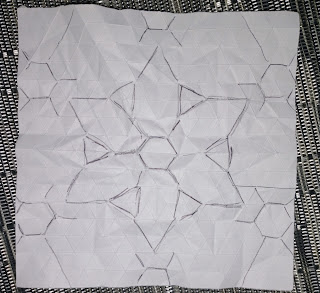