Figured Out, But Haven't Quite Folded 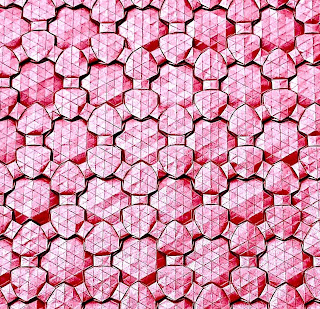 So I found this pic I had saved a while back that really piqued my interest. It was folded by Origami Yonca and designed by Aresniy K. Those two really keep me busy with the origami solving.

It wasn't too difficult to figure out the creases, however, actually folding it was a very different experience.

First attempt was a fail. I used sturdy paper, but it was too humid. The paper went limp.

Second attempt, I used barely okay paper, but I'm nearly there. Still working on some of the finer details.

I think size really is an issue. I'm using printer paper. So the folds tend to be very small.

I'm pretty sure if I went back to thick paper on a dry day it would turn out really nice. Just not sure that I want to make a third attempt. I'm pretty sure I can complete the second, even if it might have a few flaws.

I did sort of complete the second attempt. It's somewhat flawed. However, I realized that I had folded it on paper that for reasons I can't really disclose, probably shouldn't be posted. So I'm not going to upload it.

Suffice it to say, I was able to finish the fold, but there were several flaws. It's still quite humid here.

I might still make a third attempt. It has kind of become my 'white whale' if you will.

Will post a pic if and when I actually do.

For now, I offer you just  the crease pattern and dare you to give it a go. It's a feisty one to be sure. 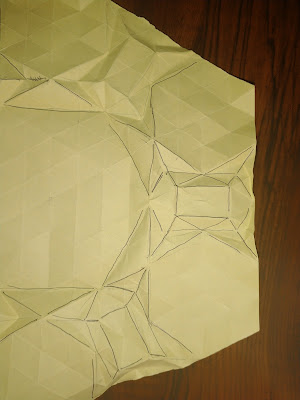