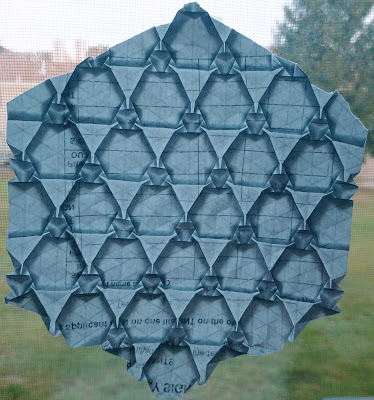 This is an idea I had very suddenly and pretty much out of nowhere.

It's probably been done many times before, but I had not previously come across it.

It's hexagons and two sizes of triangles.

I actually began by just placing the two sizes of triangles in groups and realized the hexagons were needed.

Instead of twists, it employs that technique of folding a small hexagon in on itself to create a triangle on the opposite side.

It was not too difficult to fold.

A lot of prep work was involved before the actual collapsing is ready to happen.

Ordinary paper held up pretty nicely during the process. 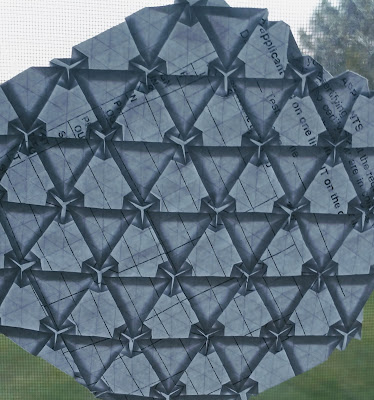 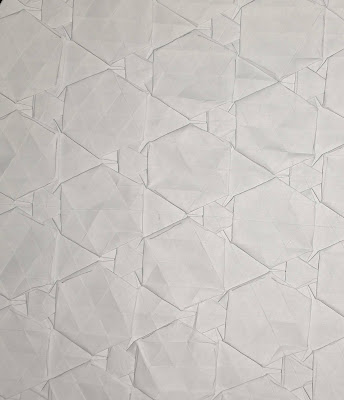 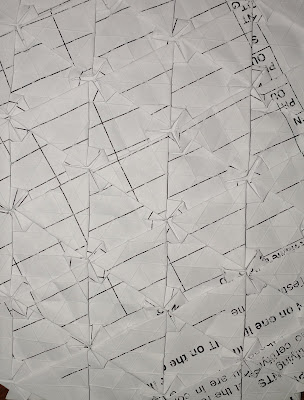 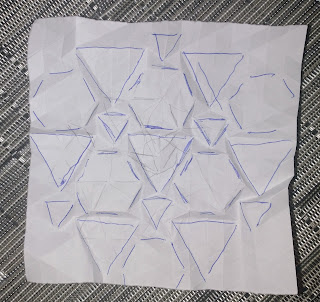