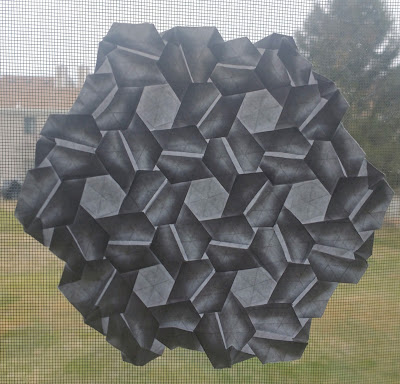 Worked out another Arseniy K origami creation that I managed to decipher and execute.

It wasn't too hard since he had uploaded both a front and back photo to his instagram. Knowing what the reverse side should look like makes it so much easier.

It's kind of a close knit fold, so I was apprehensive I would have trouble with the actual folding of it.

But it's been cold and dry here lately, so the paper was pretty resilient.

All in all, it worked out pretty easily. Relatively speaking. 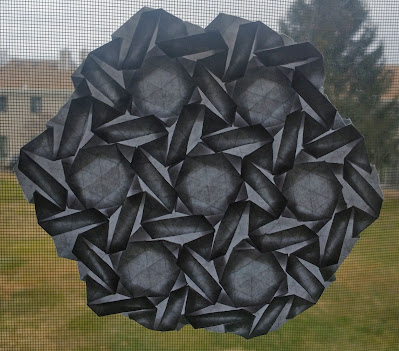 He didn't post backlit photos, but I think it backlights really beautifully. That's my opinion anyway.

I don't know how he consistently comes up with so many original ideas. It's very impressive.

Another pic and, spoiler alert, a crease pattern follow.

If you want to figure it out on your own without any hints, don't scroll too far down. 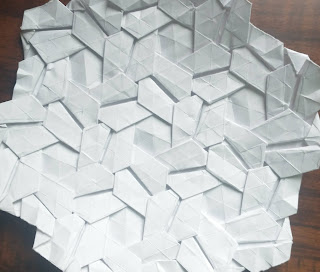 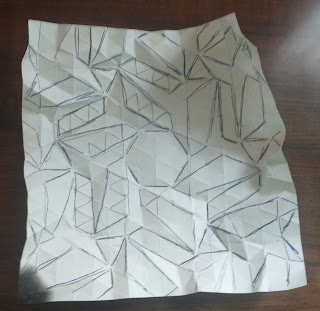