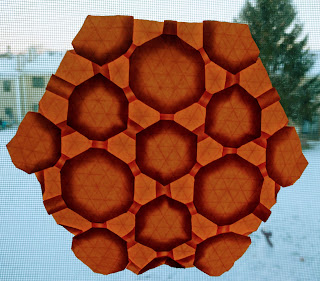 This is an idea I had for a odd shape I haven't really seen done.

It's not a twist tessellation. It's a collapse style tess.

Not too complicated. Not too simple.

Repeating the design resulted in standard hexagons in addition to the odd shapes.

It was a relatively simple fold. 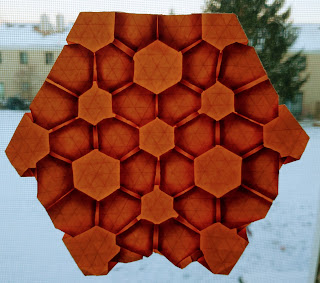 Some of the folds are a little fidgety, but all in all, it's pretty tame.

Many of the folds are unnervingly misaligned/strayed from the grid, but they still make sense when you get down into it.

When I came up with the concept I was hoping for something a little more dramatic, but overall, I'm pleased with the end result.

How to fold it is probably pretty obvious. No secrets lurking in these backlit images.

Still I do have a crude crease patter just to be thorough. 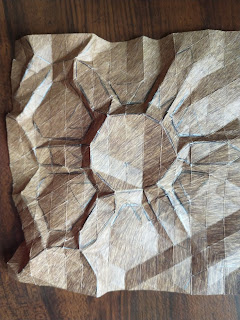